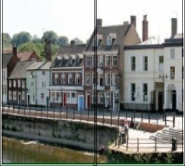 Our Summer 2021 Newsletter is out

Our Statue of the great Stanley Baldwin

One of Bewdley’s most famous “sons” was Stanley Baldwin, who was born in Lower Park in 1867.  He was its MP for 29 years and also served the nation three times as Prime Minister.  He became Earl Baldwin of Bewdley in 1937.

Read about how the Bewdley Civic Society honoured the great Bewdley man, just go to our “history” page   or just click   HERE.

Experts at the University of York have now developed an interactive touch-screen and sound cone, which will be installed near the Stanley Baldwin exhibition in Bewdley Museum.  This supports and supplements the very fine statue, erected in Load Street in 2018, with photographs, speeches and information about the Earl, his family, his Bewdley roots and his political career. 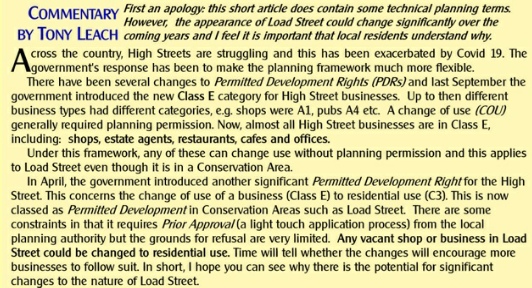 Himalayan Balsam is a very successful invasive plant spreading particularly along river courses throughout the country. It out-competes most native plants , reducing bio diversity and, because its an annual. leaves the river bank bare in winter and prone to subsidence. Its a significant problem. A biological deterrent is being introduced but its very early days. Volunteer group efforts to pull up or cut down plants to keep it in check are really the only practical local answer at the moment.

Bewdley Civic Society has been organising a campaign for several years now and its become a successful annual event.

Himalayan Balsam is an innocuous plant. Its non-toxic, there are no thorns or stinging parts and, because it is  shallow rooted, even large plants come up easily. No special equipment required beyond sturdy footware and gloves although some find wielding a stick to be  therapeutic.

So if you do want to lend a hand do come along in the Summer, just need an hour or so of your time.Time and place will be announced later. It can be quite a social event. For further information contact Steve Bent at : stevenclivebent1@aol.com.

We can offer guided town walks for groups numbering 6 or more, they cost just £5 per head. Interested? Contact Richard Perrin to secure your place.
Email  Richard on    jrichardperrin@aol.com

Details regarding purchasing our
Civic Society related merchandise
will be provided here shortly.

The Bewdley WorkHouse has a great deal of history, full information about this fascinating building will be provided here shortly